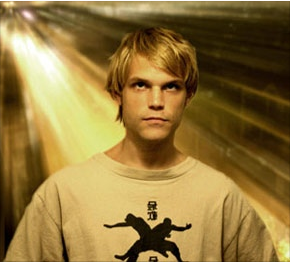 January 2016 update – Sonic is back! 🙂 Check his new Facebook page.

If you ask me about my most favorite DnB producers, Sonic will be one of them. And I’m not talking about pop singer called Sonic (not even Sonic the hedgehog) , I’m talking about Jasper Byrne, UK DnB producer. But what happened to him? There is no new DnB music coming from him. Here is my little search…

From the DnB point of view, probably the most relevant profile is at Discogs, with all his vinyl releases. Jason’s twitter is silent for already 2 years, last post on Sonic’s twitter is 6 months old. Then you can find something at profile of Jason’s label Space Recordings at Bandcamp. No official fan page at Facebook, just personal profile. When you continue to search, you will find, that he produces not only as Sonic, but as well as Jason Byrne, Accidental Heroes or Sonic & Silver. And that he has produced lot of DnB unreleased stuff recently, actually everything produced in last 2 years was not DnB. And finally it is obvious that Jason recently put lot of efforts in developing PC game called Lone Survivor and creating soundtrack for it.

So it looks like, that DnB production is not priority for Sonic right now. Let’s go to the history to see, how pity is it…

Probably everybody knows Sonic because of his release at Hospital Records – Piano Anthem. Amazing slowly build up piano song with vocals from Diane Charlemagne.

But if you want find the best Sonic’s masterpieces, you have to dig vinyl crates. That’s how I found this track called 4 Manchester, released at Space Recordings. It’s perfect example of Sonic’s geniality – really long tracks gently composed from the beginning till the end, adding smoothly one instrument after other. I really like to start my DJ mixes with this song.

Another must hear music produced with Makoto is track Tearing soul, released at Space Recordings.

When I bought white label vinyl with previous track, I found out, that there is following gem on a flip side – track Lovesong. Sorry for sound quality, but it is only copy, that I found on internet. Just listen to the bass line after each drop!

There is one Makoto and Deeizm podcast from 2007, where I discovered lot of music from Sonic. And I can really recommend you to listen to it, it’s one of the best podcasts, I have ever heard. In this podcast I heard not only track Tearing soul, but as well following track Jigsaw, released on Bingo Beats. You really need to hear Deeizm singing to this song in podcast.

Then I found this track on white label vinyl released by V Recordings. Its called Make Me Wanna, remix by Artificial Intelligence. And again, it’s a party banger. If you prefer something for home listening, you can try original track.

One time, when I was listening to Youtube back catalog of Soul:R Records, I found this track called Right now. Both strings and vocal are so perfect, whole composition of the track is pretty similar to 4 Manchester track.

This is just few picks to show you how amazing music Sonic produces. I really pray for him to come back and bring some more DnB music. So Sonic where are you?